While Greg plays it cool and brings you up to snuff on the new & excting, Francesca remains frantic & slightly outta touch…

After almost 30 years of waiting MRR Radio finally has Fat Mike from NOFX come in and spin some punk and roll tracks from his personal collection. Did Tim Yohannan really like Sizzler? Was El Hefe really in The Bad News Bears? Did Mike really score an original Misfit’s Bullet 7″ for less than $3.00? Tune in and find out!

Rotten Ron and Horrible Hal bring in the New Year… drunk and ugly. 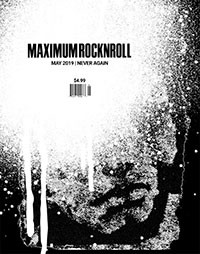